Herc is one of the biggest boys and quite frankly, the smartest of the bunch. But he’s also the loudest and biggest protector.

Herc made his way to our Sanctuary because he bit a neighbor who approached him while he tied to a tree enjoying the sunshine with his owners who were doing yard work. He got protective of the home, it’s more common than you think!

His owners dreamed of a “farm out in the country where Herc could go” and found our group. They came out to help volunteer and were grateful that Herc had a place to live forever.

He still has a deep mistrust of humans because of this, it takes him awhile to bond with a new human, but once he does, he is a total goofball.

Herc seems to be the new lead dog. He is confident and shows empathy for the other dogs. Herc has a gentle demeanor when meeting new dogs and respects a new dog’s space.

Now that he’s been with us for awhile, we can’t help but love the big guy! He’s so eager to please, is the first to go into a sit/stay, he has learned sign commands, can catch treats in the air, and knows how to shake.

Don’t let the sweet face fool you though, he’s got the biggest bark and the first one to try and scare you away from his friends.

We need to have at least one boy to scare away intruders!

Click the icon below to Become a Patron and Sponsor Herc now! 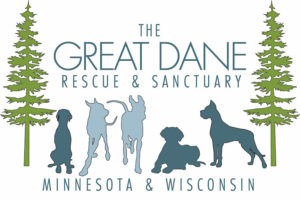